HIIT is the organiser of the Helsinki Distinguished Lecture Series on Future Information Technology. The focus of this lecture series is on the research challenges and solutions faced by current and future information technology, as seen by internationally leading experts in the field. The lectures are intended to be approachable for people with scientific education in fields other than information technology, whilst at the same time providing information technology experts new viewpoints to their own discipline. The series was launched in 2012, and in 2017 it continued with 2 lectures. 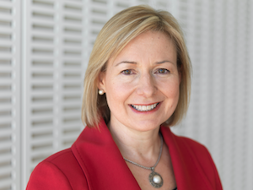 Years ago, I set out to create technology with emotional intelligence, demonstrating the ability to sense, recognize, and respond intelligently to human emotion. At MIT, we designed studies and developed signal processing and machine learning techniques to see what affective insights could be reliably obtained. In this talk I will highlight the most surprising findings during this adventure. These include new insights about the “true smile of happiness,” discovering new ways cameras (and your smartphone, even in your handbag) can compute your bio-signals, finding electrical signals on the wrist that reveal insight into deep brain activity, and learning surprising implications of wearable sensing for autism, anxiety, sleep, memory, epilepsy, and more. What is the grand challenge we aim to solve next?

Rosalind Picard, ScD, FIEEE is founder and director of the Affective Computing Research Group at the MIT Media Laboratory, co-founder of Affectiva, providing emotional intelligence technology used by 1/3 of the Global Fortune 100, and co-founder and Chief Scientist of Empatica, improving lives with clinical-quality wearable sensors and analytics. Picard is the author of over 250 articles in computer vision, pattern recognition, machine learning, signal processing, affective computing, and human-computer interaction. She is known internationally for her book, Affective Computing, which helped launch the field by that name. Picard holds bachelors in Electrical Engineering (EE) from Georgia Tech and Masters and Doctorate degrees in EE and CS from MIT. Picard’s inventions have been twice named to “top ten” lists, including the New York Times Magazine’s Best Ideas of 2006 for the Social Cue Reader, and 2011’s Popular Science Top Ten Inventions for a Mirror that Monitors Vital Signs. 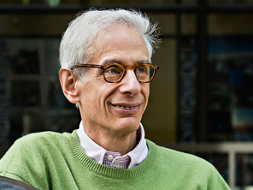 Most of us spend the vast majority of our time inside buildings or getting between them. The increasingly interconnected systems for building management, energy generation and delivery, and transportation are setting the stage for a major technological and societal revolution, and it may happen faster than we could imagine. Experts predict that vehicles and the way they are used will change more in the next two decades than they have in the last 100 years. The impact on cities will be particularly profound. In this talk, we highlight the interconnected trends leading to major disruptions in the petroleum, utility, and automobile industries and the opportunities these disruptions provide for new information technology research and development, the ultimate achievement of which will be an entirely new kind of “operating system” for the real-world.

Randy Howard Katz is the United Microelectronics Distinguished Professor of Electrical Engineering and Computer Science at the University of California, Berkeley, where he has been on the faculty since 1983. He is best known for his innovations in computer architecture (Snoop multiprocessor cache consistency), storage systems (RAID), and wireless networking (Snoop TCP), as well as overseeing the connection of the U.S. White House to the Internet in 1994 while seconded to the Defense Advanced Research Agency (DARPA). He is a member of the U.S. National Academy of Engineering, fellow of the American Academy of Arts and Sciences and the American Association for the Advancement of Science, and fellow of the ACM and IEEE. He has published over 300 journal articles, conference papers, and book and book chapters. He has won numerous awards for research and teaching, and is particularly proud of his honorary doctorate from the University of Helsinki.