A new mutation mechanism was found in human and bacterial genomes 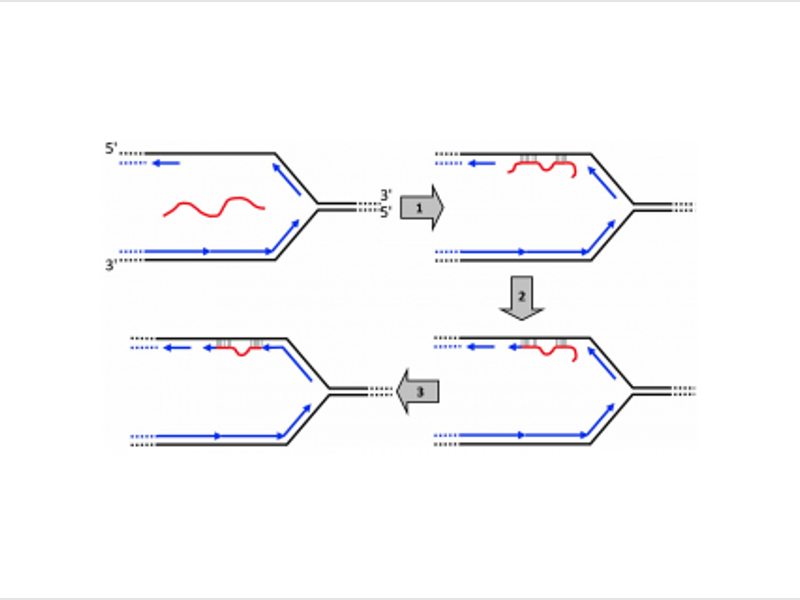 An international research team has found a new replacement mechanism that causes mutations in both humans and bacteria. The mechanism can cause several changes to a short stretch of DNA simultaneously. The research was conducted by observing fragments of DNA sequence that contained plenty of mutations.

‘In order to find out how common the new mutation mechanism is, genome data was analysed using computational bioinformatics and by mining the massive genome data related to the mutation event’, tells researcher Pekka Marttinen from the Department of Computer Science.

The changes in the activity of the bacteria caused by mutation were verified by for example gauging protein production and its changes. The experimentally observed changes in the bacteria’s genome could not be explained by any known mechanism.

‘The research shows that the DNA of bacteria can change even if the new fragments do not fit the original DNA stretch perfectly. According to the research, this can potentially help bacteria become resistant to antibiotics and vaccines’, describes Professor Pål Jarle Johnsen from the Norwegian Arctic University.

‘Because the new type of mutations cause several changes to the DNA simultaneously, they can quickly change the activity of a whole gene. The birth mechanism has to be researched more, so that we get an understanding of the mechanism’s significance in evolution, for example of the mutation’s possible role in cancer. Cancer cells contained a remarkable abundance of changes caused by the mutation event which could be caused by the general weakening of the cells’ maintenance mechanisms during cancer’, Marttinen adds.

In addition to Aalto’s bioinformatics researchers, the research team consisted of medicine, microbiology, genetics and epidemiology researchers from Norway, Denmark, Germany and the United States. The research has been recently published in Proceedings of the National Academy of the United States of America.