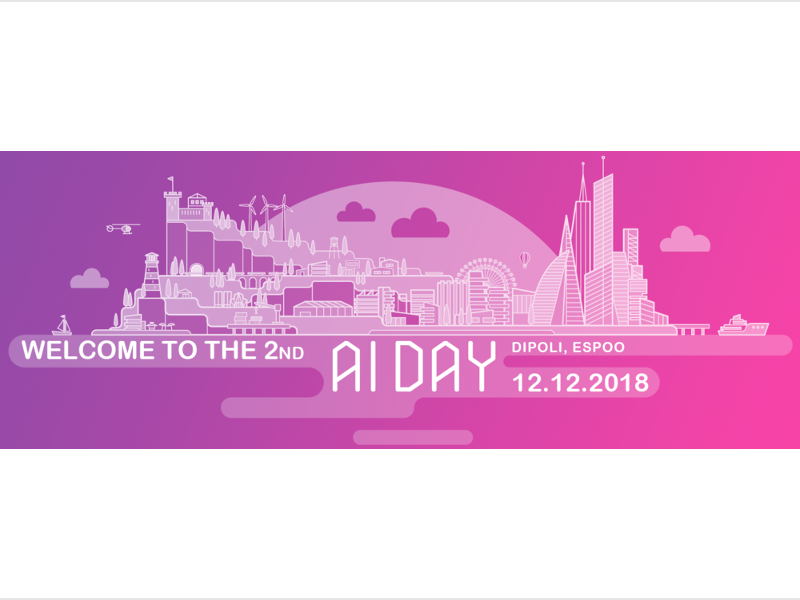 Over 500 people registered for the day, which was attended by over 20 companies and public organization, including Supercell, Nokia and OP Bank. The event had representatives from around 150 organizations present.

“This looks very promising for Finland – this time we had much more research content in the talks and the number of people from companies interested is still strong!” said FCAI director, Professor Samuel Kaski. He added “We had 543 registered participants, roughly the same number as last year, even though now we had a small entrance fee to cover the costs. So people seem not to be coming just for the free coffee.”

As well as delicious coffee, visitors the event were treated to opening talks by Ilona Lundström, the Director General of the Ministry of Economic Affairs and Employment. This was followed by parallel sessions on Understandability in AI chaired by Professor Antti Oulasvirta from Aalto, and Privacy, Security and Fairness in AI chaired by Professor Antti Honkela from University of Helsinki.

The afternoon featured a panel Chaired by Risto Nieminen, the President of the Finnish Academy of Science and Letters, made up of Meeri Haataja, CEO and cofounder of Saidot.ai; Professor Petri Myllymäki, director of Helsinki Instituted for Information Technology, Professor Aki Vehtari from Aalto University, and Professor Petri Ylikoski from university of Helsinki, who were discussing the Scoeital Impact of AI. Running in parallel was a series of academic talks on Data efficiency in AI, chaired by Professor Alexander Illin from Aalto.