This is the third lecture of Helsinki Distinguished Lecture Series on Future Information Technology.

As biological organisms we are composed of highly complex mechanisms, including our gene expression circuits, our cell signaling networks, and our brains. These are all of daunting complexity and it is legitimate to fear that we shall never understand them well. However, all these circuits have the commonality that they were all acquired by some adaptive process – namely by evolution before conception and birth, and by learning afterwards. We suggest that this commonality is constraining and provides a useful new approach towards understanding biological and psychological phenomena.

Machine learning is a flourishing branch of computer science that aims to understand how complex mechanisms can be acquired, without a designer, by adaptive computations. This talk will show how Darwinian evolution can be formulated in that framework also as computational learning. This formulation offers to unify the evolutionary processes that influence life across thousands of generations, with the learning processes that influence an individual life. The moment of an individual’s birth can be seen then not as a watershed, but as a point in a near continuum of change. This learning centered view has some broader consequences for cognition and artificial intelligence. 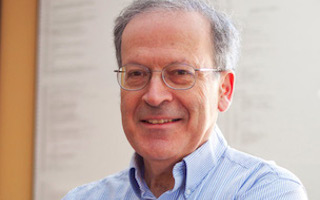 Leslie Valiant was educated at King’s College, Cambridge; Imperial College, London; and at Warwick University where he received his Ph.D. in computer science in 1974. He is currently T. Jefferson Coolidge Professor of Computer Science and Applied Mathematics in the School of Engineering and Applied Sciences at Harvard University, where he has taught since 1982. Before coming to Harvard he had taught at Carnegie Mellon University, Leeds University, and the University of Edinburgh.

His work has ranged over several areas of theoretical computer science, particularly complexity theory, computational learning, and parallel computation. He also has interests in computational neuroscience, evolution and artificial intelligence.

He received the Nevanlinna Prize at the International Congress of Mathematicians in 1986, the Knuth Award in 1997, the European Association for Theoretical Computer Science EATCS Award in 2008, and the 2010 A. M. Turing Award. He is a Fellow of the Royal Society (London) and a member of the National Academy of Sciences (USA).