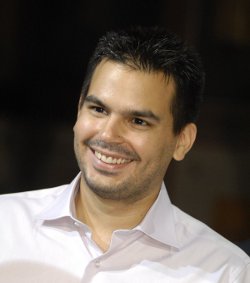 Aris Anagnostopoulos was a visiting professor in the department of Computer Science of Aalto University from 21 July to 31 July 2017. Aris Anagnostopoulos is an associate professor in Computer Science/Engineering at Sapienza University of Rome. During his visit, he collaborated with the group of Aristides Gionis on the definition and analysis of models for inconsistent planning in decision making. The problem of inconsistent planning in decision making, which leads to undesirable effects such as procrastination, has been studied in the behavioral-economics literature, and more recently in the context of computational behavioral models. People, however, do not function in isolation, and successful projects most often rely on team work. Team performance does not depend only on the skills of the individual team members, but also on other collective factors, such as team spirit and cohesion. It is not an uncommon situation that a hard-working individual has the capacity to give a good example to her team-mates and motivate them to work harder.

During the collaboration the team designed models for time-inconsistent planning, which account for the influence of procrastination within the members of a team. They model collaborative work so that the relative progress of the team members, with respect to their respective subtasks, motivates (or discourages) them to work harder, and they show that communication can either increase or decrease the total cost, depending on the parameters of the model.