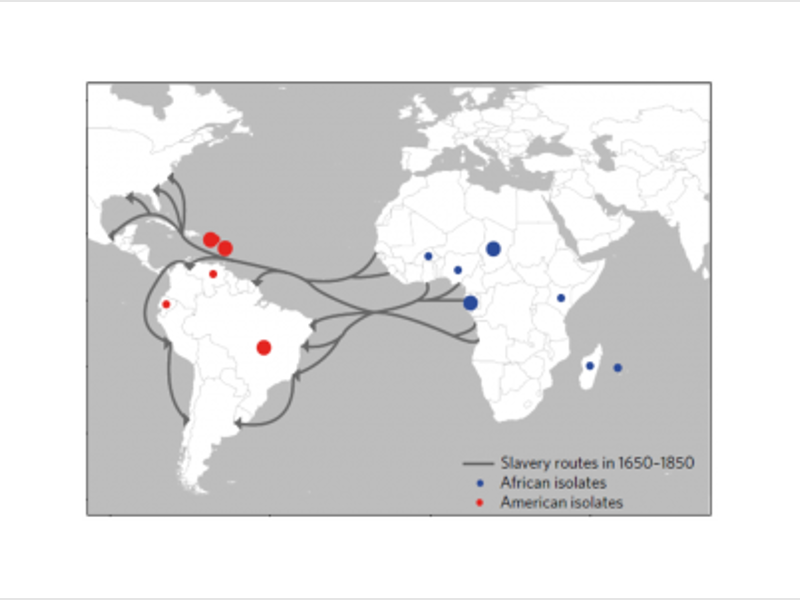 A HIIT research team led by professor Jukka Corander collaborated with the pathogen genomics group at Wellcome Trust Sanger Institute to unearth the evolution of Burkholderia pseudomallei, a notorius soil bacterium causing serious human infections in tropics. Contrary to previous understanding, the genomic analyses revealed that the origin of B. pseudomallei isolates on the American continent is in Africa, dating back to the peak period of slave trade. Transfer of humans, plants and animals seeded the bacterium population on the new continent, providing it with an ample opportunity to expand its ecological range. B. pseudomallei infections result in an estimated number of 165,000 cases of human melioidosis annually and its virulence repertoire causes a considerable number of disease manifestations, ranging from liver abscesses to encephalitis. The computational genomics method developed recently as a collaboration between HIIT and Sanger Institute led to the discovery of genetic determinants of B. pseudomallei induced encephalitis, which occurs only in Australia. Results were published in Nature Microbiology: http://www.nature.com/articles/nmicrobiol2016263