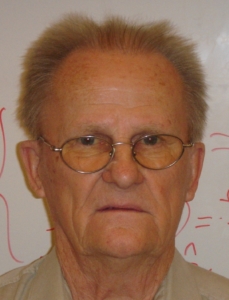 One of the most accomplished and celebrated Finnish scientists, Jorma Rissanen, passed away at age 87 after a long illness in Los Gatos, California, on 9 May 2020.

Jorma Rissanen’s career and discoveries have been a continuous source of inspiration for generations of researchers and students. He was perhaps best known for his Minimum Description Length (MDL) principle, a fundamental principle of inductive inference.

For his pioneering work, he received numerous awards and accolades throughout his career, including the 2009 IEEE Claude E. Shannon Award, sometimes referred to as “the Nobel Prize of information theory”.

Jorma Rissanen was born in Pielisjärvi, Finland, in 1932. He received his Master of Science degree and Doctor of Technology degree in control theory and mathematics in 1960 and 1965, respectively, both from Helsinki University of Technology, Finland.

After joining IBM’s Almaden Research Laboratory in San Jose, California in 1966, he served for more than 35 years as one of their most prominent and respected researchers. Being at a research laboratory, he had the freedom to pursue fundamental research and, by his own account, enjoy a lifelong career as a “professional student” passionate about learning and discovery.

Although Jorma Rissanen lived most of his adult life in California, he maintained close ties with Finland. He was a Foreign Member of the Finnish Academy of Science and Letters, one of the four Fellows of Helsinki Institute for Information technology HIIT,  and was awarded honorary doctorates by the Tampere University of Technology in 1992 and the University of Tampere in 2010.

Rissanen is famous for numerous memorable anecdotes that reflect his intransigent attitude towards science; some of the stories have been saved for future generations in the Festschrift collection that was compiled in 2008 to honor his 75th birthday.

He was married for 64 years to Riitta Rissanen (née Aberg), and in his free time he was a passionate fan of football (soccer). He was a most loyal and inspiring mentor for many younger researchers, providing support in building their careers. Jorma Rissanen impressed all those who had the privilege of knowing him with his commitment to stay true to his values and pursue truth through science.