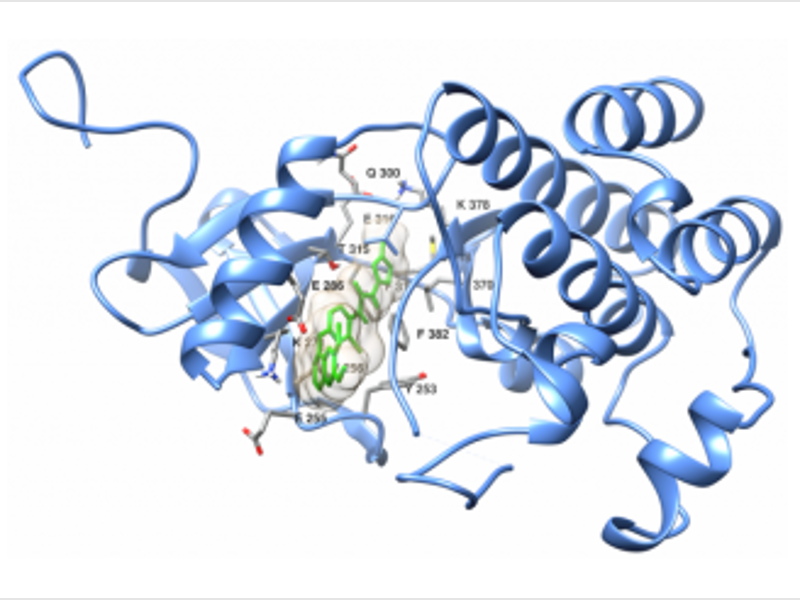 Researchers from FIMM, HIIT and University of Turku have demonstrated that carefully optimized machine learning models offer complementary and cost-effective approach to experimental determination of drug-target interactions, allowing for prioritization of the most potent targets for further in vitro or ex vivo target validation in the laboratory.

Over the recent years, increasing efforts have been devoted to the development of computational methods that could support different stages of the expensive and lengthy drug development process that is still characterized by high failure rates. However, most of the current model predictions lack direct experimental validation in the laboratory, making their practical benefits for drug discovery or repurposing applications largely unknown.

To overcome this challenge, researchers from the Institute for Molecular Medicine Finland FIMM, Helsinki Institute for Information Technology HIIT and University of Turku joined their forces to evaluate the practical potential of machine learning in drug-protein binding affinity prediction.

The case study published this month in PLOS Computational Biology focused on kinase inhibitors which form the largest class of new drugs approved for cancer treatment but are also known to have wide polypharmacological activities contributing both to their therapeutic and toxic responses.

The team observed high agreement between the predicted and experimentally-measured drug-target interaction bioactivities under the implemented rigorous computational and experimental validation setup. The validation experiments were carried out at FIMM using targeted experimental assays that were guided by predictions from the machine learning model.

“This project is a perfect example of multi-disciplinary research that pushes the envelope both in machine learning and drug discovery. I feel we have only seen a glimpse of the full potential of the approach”, says Professor Juho Rousu from HIIT.

“Our results show the potential of machine learning methods for filling the gaps in existing drug-target interaction profiling studies. We definitely need to continue the development and extend the study to other compound and target classes, but it was fascinating to see that we are on the right track”, says HIIT/FIMM-EMBL PhD student Anna Cichonska, the first author of the study.

The promising results encouraged the team to test the potential of the machine learning in much more challenging prediction of target interactions for a new drug candidate. They selected tivozanib, an investigational VEGF receptor inhibitor with previously unknown off-target profile, as an example.

The researchers were able to validate four of the seven predicted novel off-targets of tivozanib, including the Src-family kinases FRK and FYN A, the non-receptor tyrosine kinase ABL1, and the serine/threonine kinase SLK. These new results suggest that tivozanib has an unusual target spectrum beyond the VEGF receptor family of kinases, suggesting that it may have a selective activity in Src-family kinase addicted cancers where it would target both angiogenesis and the cancer cells directly.

“This pilot study clearly demonstrated the power of machine learning for guiding not only the drug development process but also the future drug repurposing applications, where the aim is to find new targets and uses for already approved drugs”, says Professor Tero Aittokallio from FIMM and the University of Turku.