Brainsourcing is a novel crowdsourcing paradigm 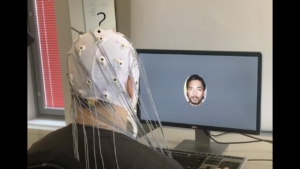 It is now reality to mine the relevance to or interest of people directly from the human mind. That is possible for the first time with the help of EEG interpreted via machine learning. 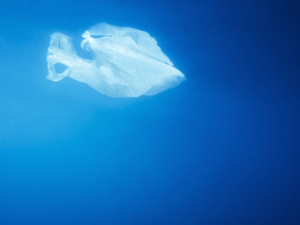 Huge contribution has been made to democratize natural language processing. Translation models made in Helsinki are now integrated in Hugging Face transformers, the world’s most popular library for working with deep neural NLP models.

One of the most accomplished and celebrated Finnish scientists, Jorma Rissanen, passed away at age 87 after a long illness in Los Gatos, California, on 9 May 2020.

Jorma Rissanen’s career and discoveries have been a continuous source of inspiration for generations of researchers and students. He was perhaps best known for his Minimum Description Length (MDL) principle, a fundamental principle of inductive inference. [...]

The mc² – Mobile Cloud Computing group at Aalto University is doing experimental systems research on Virtual Reality (VR) and wearable sensing technologies. In a recent project with Kuopio University Hospital and Savonia University of Applied Science, they explored physical therapy as a potential application area. The idea was to create VR exergames and accompanying […]

Sirpa Paatero, the Finnish Minister of Local Government, has set up a new expert group on artificial intelligence and digitalization. Several members of FCAI were appointed as the expert group members.

Professor Petri Myllymäki was appointed as a permanent member of the group, while Professor Sasu Tarkoma, who at FCAI leads its collaboration with the 6GFlagship, and Dr. Jaana Leikas, the chairperson […]

The performance of a recommendation algorithm varies in different scenarios, and intuitions about what algorithms are best suited to a given scenario can be elusive even to recommender system experts. Furthermore, choosing a single algorithm that performs well across all the scenarios often reduces the effectiveness of the system in specific scenarios. In the domain of scholarly article recommendation, for example, […]

Much like humans, animals have also been using computers for a long time. Historically animals have used computer technology in space, used lexigrams (symbol keyboards) to form language, and dolphins have used underwater keyboards. Drawing parallels to human-computer interaction (HCI) research, which studies how humans use computers, ACI aims to investigate how animals interact with technology and the design of […]

Momentum of the MyData movement continues

The conferences of MyData Global have established their position as the premier events for the rapidly growing community interested in human-centered personal data management. MyData 2019, organised on 25-27 September in Helsinki, brought together 975 participants from 46 countries. The programme was arranged in 9 thematic tracks with “Rebuilding trust – for human-centered […]

Understanding the Sun to the extent that we can predict how its magnetic field drives space weather and climate is an extremely challenging but important problem for the present-day, increasingly hi-tech, society. Key variables in this process are solar helicities, broadly speaking meaning twist of velocity or magnetic field. Magnetic helicity, for example, can be linked to the eruptibility of […]

Automatic dialogue generation demonstrated in an international conference on games

How does natural language generation relate to games? These two concepts that are seemingly far away from each other are surprisingly related. In the 14th International Conference on the Foundations of Digital Games (FDG 2019), two doctoral students of the University of Helsinki, Khalid Alnajjar from computer science and Mika Hämäläinen […]

Improving energy management of buildings is among the most promising application areas of new technology for sustainable living. The Pervasive Data Science Group of the University of Helsinki is experimenting with thermal cameras to gather fine-grained information for use as actionable feedback to heating, cooling and ventilation (HVAC) devices in shared living spaces. The idea is […]

Collaboration with Novartis in the field of Bayesian modelling

With support from HIIT, Topi Paananen from the Probabilistic Machine Learning (PML) group at Aalto University, recently did a 3-month research visit to the pharmaceutical company Novartis in Switzerland. During the visit, Topi and his collaborators worked on methods for constructing prior distributions in Bayesian analyses on longitudinal data sets. The methods were used with real medical data […]

Marta Kołczyńska was a visiting researcher at the Department of Computer Science of Aalto University from 21 April to 23 June, 2019. Marta is a post-doctoral researcher in sociology at the Institute of Philosophy and Sociology of the Polish Academy of Sciences. During the visit, she collaborated with the group of Aristides […]

With the aid of HIIT Community Support, Jesse Haapoja, who is part of the Digital Content Communities (DCC) group at Aalto University’s Department of Computer Science, visited the Post-Interaction Computing group (PIC) at the Department of Computer and Systems Sciences at Stockholm University, Sweden. The visit lasted for three months during the spring of 2019. PIC […]

Helsinki Digital Humanities Hackathon #DH­H19 gathered students and researchers of humanities, social sciences, and computer science in May at the University of Helsinki. During a week and a half of intensive multi-disciplinary work, the groups applied digital methods to a variety of datasets, with the goal of solving research questions in the following themes:

The 4th HIIT Open programming contest was organised on 25 May 2019 in Otaniemi. The contest was open to everyone interested in programming and algorithmic challenges, and in addition to the universities in the Helsinki region, there were participants from Finnish high schools and companies, and two teams from Tallinn University of Technology. The youngest team, named “Piltit”, was not even in high school yet. The […]

5G mobile networks are tested and built all around the world and companies are looking for new business areas and service concepts enabled by 5G. IoThon 2019 brought together 110 students and developers from all over Europe for a 48-hour hackathon with challenges set by Ericsson, Nokia, Siemens, Telia and RIOT community. The challenges ranged from […]

This year’s ACM Conference on Fairness, Accountability, and Transparency took place in Atlanta at the end of January. Jouni Harjumäki, a data science master’s student at the University of Helsinki, participated in the conference with support from HIIT.

Computer science oriented research in this field has, broadly, followed one of two lines. The first, fairness-aware machine learning, is […]