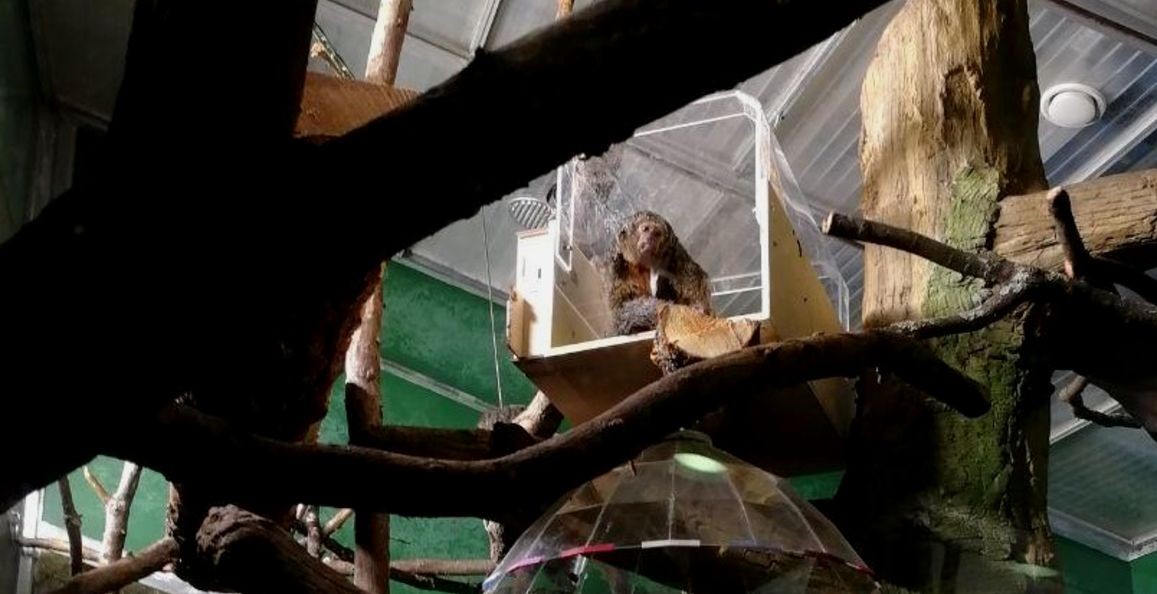 The use of sounds is a promising way to improve the life and wellbeing of animals living in captivity.

Sound is a promising way to stimulate zoo animals and increase their welfare, as shown by a study from Aalto University collaborating with Helsinki’s Korkeasaari Zoo. Researchers built a device that plays different sounds for a group of white-faced saki monkeys to listen to in their enclosure. They were interested in the saki monkey’s behaviour: did they want to use the device, when would they use it, and what would they choose to listen to?

Little is known so far about the sound preferences of primates, so the researchers wanted to choose as varied a soundtrack as possible. The researchers chose to play four different soundtracks, avoiding sounds of animals that prey on sakis, or sudden and loud noises.

The Animal-Computer Interaction research team at Aalto University’s Department of Computer Science designed and built a tunnel-shaped sound device of wood and plastic for small monkeys, which was placed in their own residential area in the Amazon House of Korkeasaari Zoo. The monkeys were able to turn the device on themselves and therefore decide to listen to sounds or remain in silence.

‘We didn’t measure welfare factors, but from a welfare perspective, it was essential to give animals decision-making power and independence. These issues have been linked to well-being in other studies. Instead of just playing music and other sounds in their living environment and seeing how it works, we gave them a system that they could approach and use themselves,’ says Roosa Piitulainen, the first author of the research paper and doctoral candidate at Aalto University.