Skip to content
The Time-Traveling Networking Researcher: Witnessing the consolidation and fragmentation of the Internet?

The Time-Traveling Networking Researcher: Witnessing the consolidation and fragmentation of the Internet?

The next lecture in the Helsinki Distinguished Lecture Series on Future Information Technology will be given by Professor Mostafa Ammar from the Georgia Institute of Technology.

The lecture is free of charge and open to everyone interested in the latest research in information technology. The lecture will be followed by an informal cocktail event.

A networking researcher, traveling forward in time from 1985 to the present, would be shocked by many things – not the least of which is the fact that people are still doing networking research some 33 years later. While some of the terminology would sound familiar, the networks themselves and what we use them for would be totally unrecognizable – yet quite impressive. For those of us who could not afford a time machine, we have observed a more gradual evolution interspersed with the occasional shocking development. In this talk I will first argue that a Service-Infrastructure Cycle has been fundamental to networking evolution. Four decades-worth of iterations of this Cycle have yielded the Internet as we know it today, a common and shared global networking infrastructure that delivers almost all services. I will further argue, using brief historical case studies, that success of network mechanism deployments often hinges on whether or not mechanism evolution follows the iterations of this Cycle. Many have observed that this network, the Internet, has become ossified and unable to change in response to new demands. However, novel service requirements and scale increases continue to exert significant pressure on this ossified infrastructure. The result, I will conjecture, will be a fragmentation, the beginnings of which are evident today, that will ultimately fundamentally change the character of the network infrastructure. By ushering in a ManyNets world, this fragmentation will lubricate the Service-Infrastructure Cycle so that it can continue to govern the evolution of networking. I will conclude with a brief discussion of the possible implications of this emerging ManyNets world on networking research. 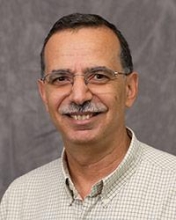 Mostafa Ammar is a Regents’ Professor with the School of Computer Science at the Georgia Institute of Technology. He has been with Georgia Tech since 1985. Dr. Ammar received the S.B. and S.M. degrees from the Massachusetts Institute of Technology in 1978 and 1980, respectively and the Ph.D. from the University of Waterloo, Ontario, Canada in 1985. Dr. Ammar’s research interests are in network architectures, protocols and services. He has contributions in the areas of multicast communication and services, multimedia streaming, content distribution networks, network simulation, disruption-tolerant networks, and most recently, in mobile cloud computing and network virtualization. He has published extensively in these areas. To date, 35 PhD students have completed their degrees under his supervision; many have gone on to distinguished careers in academia and industry. Dr. Ammar has served the networking research community in multiple roles. Most notably, he served as the Editor-in-Chief of the IEEE/ACM Transactions on Networking (ToN) from 1999 to 2003, and he was the co-TPC Chair for the IEEE ICNP 1997, ACM CoNEXT 2006 and ACM SIGMETRICS 2007 conferences. He currently serves on the steering committee of the IEEE Transactions on Mobile Computing. His awards include the IBM Faculty Partnership Award (1996), Best Paper Award at the 7th WWW conference (1998), the GT Outstanding Doctoral Thesis Advisor Award (2006), the Outstanding Service Award from the IEEE Technical Committee on Computer Communications (2010), the ACM Mobihoc Best Paper Award (2012), and the GT College of Computing Faculty Mentor Award (2015). Dr. Ammar was elected Fellow of the IEEE in 2002 and Fellow of the ACM in 2003.