Skip to content
Watson: The Jeopardy! Challenge and Beyond

Watson: The Jeopardy! Challenge and Beyond

Watson, named after IBM founder Thomas J. Watson, was built by a team of IBM researchers who set out to accomplish a grand challenge––build a computing system that rivals a human’s ability to answer questions posed in natural language with speed, accuracy and confidence. The quiz show Jeopardy! provided the ultimate test of this technology because the game’s clues involve analyzing subtle meaning, irony, riddles and other complexities of natural language in which humans excel and computers traditionally fail. Watson passed its first test on Jeopardy!, beating the show’s two greatest champions in a televised exhibition match, but the real test will be in applying the underlying natural language processing and analytics technology in business and across industries.  In this talk I will introduce the Jeopardy! grand challenge, present an overview of Watson and the DeepQA technology upon which Watson is built, and explore future applications of this technology. 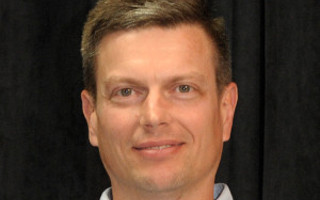 Eric Brown is the Director and Principal Investigator for Watson Technologies at the IBM T. J. Watson Research Center.  Eric earned his B.S. at the University of Vermont and M.S. and Ph.D. at the University of Massachusetts, all in Computer Science.  Eric joined IBM in 1995 and has conducted research in information retrieval, document categorization, text analysis, question answering, bio-informatics, and applications of automatic speech recognition.  Since 2007 Eric has been a technical lead on the DeepQA project at IBM and the application of automatic, open domain question answering to build the Watson Question Answering system.  The goal of Watson is to achieve human-level question answering performance.  This goal was realized in February of 2011 when Watson beat Ken Jennings and Brad Rutter in a televised Jeopardy! exhibition match.  Eric’s role on the project has spanned architecture development, special question processing, and hardware planning, and he is currently focused on applying Watson to clinical decision support in Healthcare.  Eric has published numerous conference and journal papers, and holds several patents in the areas of text analysis and question answering.