Helsinki Institute for Information Technology HIIT was established twenty years ago, in 1999, when Helsinki University of Technology and the University of Helsinki signed a contract for establishing a joint research institute for information technology research. The contract was later renewed in 2015 with the recently established Aalto University, and the two universities have also signed a more general memorandum of strategic cooperation where HIIT is listed as one of the key instruments between the universities. Now, after two decades, it is a good time to recap the reasons for having this special arrangement in information technology research, and take a look at some of the biggest achievements of HIIT.

Obviously, information technology is an area that is moving forward very quickly, has huge impact potential, and therefore faces fierce global competition. By pooling together their resources, Aalto University and the University of Helsinki form an internationally significant competence hub in ICT research in Finland. According to the Regulations of HIIT, “The objective of HIIT is to enhance the quality, visibility and impact of Finnish research on information technology so as to make it meet the highest international standards of excellence, thus facilitating more intensive cooperation between the information industry and universities in Finland and the key international research institutes and universities in this field.” The critical mass of experts formed by HIIT, and the increased visibility nationally and internationally, is one of the key factors in forming new alliances with other relevant organisations, and in recruitment of new talents.

It is without a doubt that the work done at HIIT has had a profound impact on collaboration between the host universities, and on the Finnish ICT research more generally. During the 20 years, the results have been assessed several times, and for example, in their last meeting, the Scientific Advisory Board of HIIT noted that “HIIT has a track record of outstanding research at very high international standards, reflected by an excellent publication record at top tier international conferences and highly reputed journals, a striking number of awards (ERC grant, IJCAI Early Career Spotlight, Best Paper Awards etc.), and successful acquisition of project funding.” The Aalto School of Science SAB noted in 2016 that “HIIT is well-positioned for playing a crucial role as a catalyst for increased collaboration and an attractor of further funded activities.” The HIIT SAB is planned to convene the next time in 2020.

A prime example of what can be achieved by this enhanced collaboration in ICT is the new Flagship, Finnish Center for Artificial Intelligence FCAI, which is one of the six flagships selected by the Academy of Finland for the 8-year period that started in 2019. The Flagship Programme is “an instrument that promotes excellent research and versatile impact arising therefrom. The programme supports future knowledge and know-how and sustainable solutions to societal challenges and advances economic growth by developing new business opportunities.” Obviously, these objectives match the mission of HIIT perfectly, and FCAI was indeed initiated as a research programme of HIIT. In the past 20 years HIIT has provided a platform for several similar endeavours, like Academy of Finland Centres of Excellence, Tekes Strategic Centres for Science, Technology and Innovation (SHOKs) and other major national strategic openings, and also for international projects, networks and other initiatives. Two recent collaborative structures supported by HIIT are the Helsinki-Aalto Center for Information Security HAIC, and the Helsinki Centre for Data Science HiDATA.

In addition to strategic top-down initiatives like the strategic research centers and programmes supported by HIIT, HIIT has provided support for numerous ambitious bottom-up initiatives that in many cases have had a major impact in the Finnish ICT landscape. Two prime examples are the pioneering work done by HIIT researchers in the formulation of the MyData principles that have contributed to the creation of the global mydata.org organisation, and the celebrated Elements of AI massive open online course, developed as a public-private collaboration pooling together top-level expertise in AI, technical platforms, design, communications and marketing. HIIT also coordinates joint “Helsinki ICT” recruitments on many levels (postdocs, Fellows, doctoral students), supports the joint Helsinki Doctoral Education Network in ICT (HICT) that operates across department, school and university borders, bringing together all the doctoral students in ICT-related doctoral programmes in the capital area. In addition, HIIT participates actively in branding, networking and outreach activities related to ICT (e.g. the Helsinki Distinguished Lecture Series on Future IT and the weekly high-level research seminar in machine learning). Other recent examples of HIIT-supported activities can be found here.

To conclude, it is surely safe to say that HIIT has been a great success and can be considered a most valuable instrument for the two leading Finnish universities in information technology research. According to the contract governing HIIT, the two universities support HIIT on an equal footing. Considering all the different factors and occurrences that have affected the two universities during the 20 years, occasionally even quite dramatically, it is actually quite remarkable that the universities have been able to continue maintaining HIIT as a collaboration platform for their mutual benefit, and for the benefit of the Finnish ICT sector and the Finnish society.

I wish to warmly thank each and every one who has contributed to the success of HIIT, and expect to see equally impressive results in the next 20 years! 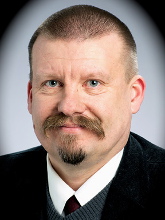