HIIT is the organiser of the Helsinki Distinguished Lecture Series on Future Information Technology. The focus of this lecture series is on the research challenges and solutions faced by current and future information technology, as seen by internationally leading experts in the field. The lectures are intended to be approachable for people with scientific education in fields other than information technology, whilst at the same time providing information technology experts new viewpoints to their own discipline. The series was launched in 2012, and in 2020 we had only three events, due to the corona virus situation. 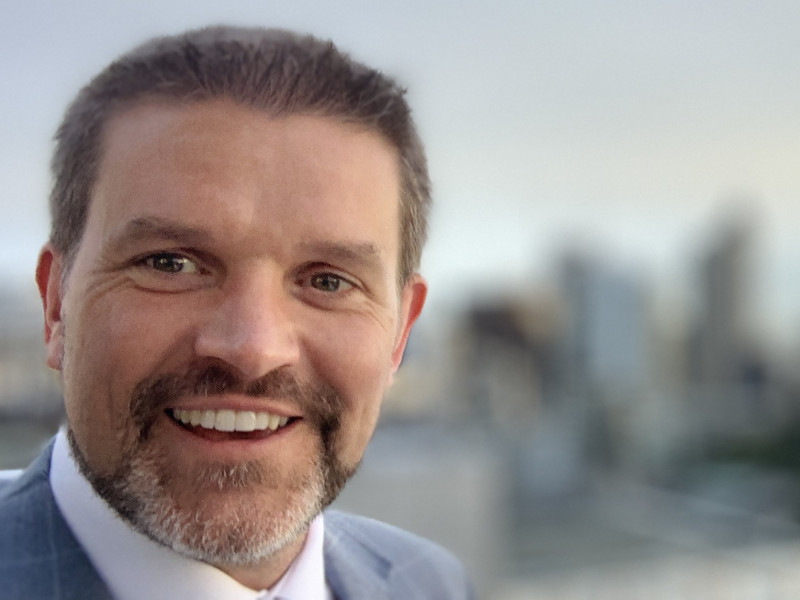 Global Human Computer Interaction is the study of HCI when considering global challenges, languages, concerns, cultures and different economic drivers. Digital technologies now underpin the human experience around the world. This talk explores new technologies and the next generation of interfaces beyond the desktop, in a global context.

Today, computers and communications are weaving themselves into the fabric of life. However, the nature of this weaving is far from uniform, distributed or even fair. Yet, the study of HCI transcends borders. A technology designed for use by what might be considered an affluent group with cheap broadband and a regular power supply can easily be co-opted by a low income group with irregular network and power supply, to much greater effect. Today, applications can launch in one country and quickly face adoption barriers due to bias which has been baked in by language, assumptions of how family life works, culture, economic models, regulation or social mores.

Our use and indeed reliance of technology is not new. Indeed, it is one of the defining characteristics of humans and society, our fashioning of tools, instruments and technologies to help shape our world and lives. This talk provides a critical reflection on technologies and the visions and visionaries in computation over the past 4,000 yrs. Consider, for example, that over the past six centuries the world’s population has grown approximately twenty fold, our average life expectancies have tripled and our use of technology has become evermore interwoven into everyday life. However, these average life expectancies vary by 40 years across the globe, access to even basic health care varies dramatically, our use of resources is markedly different as is our access to technology to support our work or life. Many of the improvements many of us take for granted would feel quite futuristic for those living in need. As the author William Gibson puts it, “The future is already here it’s just not very evenly distributed”. However, human history is intimately linked with our use of tools, techniques or more broadly technology. Our built environment is shaped by human’s use of technology. Each time we introduced new, difficult to master, alien technologies, then became in time really quite unsurprising, invisible and prosaic aspects of our lives. Looking back, while we consider the future, is instructive as it helps us to appreciate and not fear our reliance on and use of technology.

Today we live in an interconnected world where an interface or experience designed for a local well understood group can easily end up being used in a distant place by people whose lives or use of the interface one cannot quite imagine. This talk provides an introduction to human computer interaction in a global context. These cross cutting themes are guides for the design, development or deployment of any interactive system. These aspects are not intended to stymie or limit ones creativity or problem solving but instead are opportunities to draw new insights on the problems we face, while considering the global deployment and use of the solutions offered. Often today people value design and experience beyond any feature list and this talk will help you understand and prepare for this global world.

Professor Aaron Quigley is the Chair of Human Computer Interaction and Director of Impact in the school of Computer Science in the University of St Andrews in Scotland. His research interests include discreet computing, novel and on-body interaction, global HCI, pervasive and ubiquitous computing and information visualisation on which he has delivered over 50 invited talks and is a keynote speaker at the IEEE VISSOFT 2018 conference and Mensch-und-Computer conference in 2019.

Aaron is the ACM SIGCHI Vice President of Conferences and serves on the SIGCHI executive committee, chairs the council of steering committee chairs and conferences board. In 2016 the ACM president asked him and Matthias Kaiserswerth to consider how ACM might better engage young computing professionals. Based on their recommendations, the ACM Council established the Future of Computing Academy for which Aaron served as a convenor for it’s inaugural intake. In addition Aaron is a board member of ScotlandIS and member of the MobileHCI steering committee. Aaron has served as papers and program chair for the ACM IUI, ACM PerDis and /LoCA conferences. In addition he has been the general or conference chair for the ACM UIST, ACM ITS, ACM MobileHCI and Pervasive conferences.

Aaron studied in Ireland and Australia and has previously held appointments in Tokyo Institute of Technology as a visiting Professor, in Australia at the inaugural director of the Human Interface Technology Laboratory, Australia (HIT Lab AU), in Ireland as a College Lecturer, with IBM in their Centre for Advanced Studies in Dublin, with MERL as visiting scientist, in Australia as a Senior Research Fellow in the University of Sydney and as an Associate Lecturer in the University of Newcastle.

The dynamics of friendship in the offline and online worlds 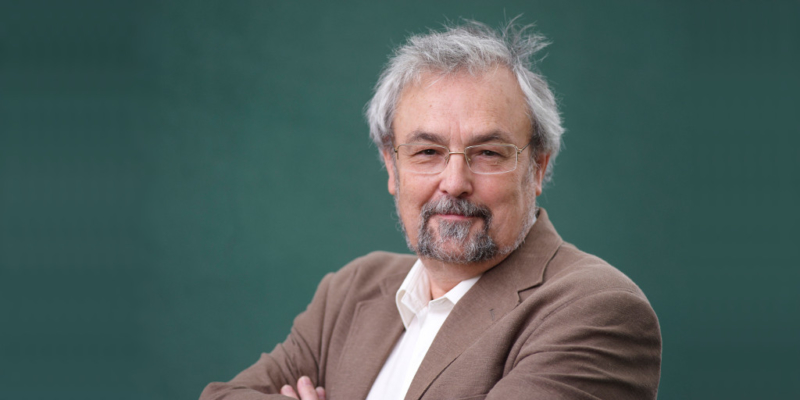 As one of the most intensely social species, friendships are central to our success as individuals and as a species. In the face-to-face offline world where our sociality, and the psychological mechanisms that underpin this, has evolved over many hundreds of thousands of years, time imposes severe constraints on our abilities to interact with many people. Out of sight quickly becomes out of mind. The internet, and especially social media, offers the opportunity to break through these constraints so as to dramatically increase the size of our global village. But has this promissory note been fulfilled? And if not, why not? I shall suggest that the constraint lies as much in our psychology as it does in the constraints of time. Nonetheless, a better understanding of how these constraints work may provide better insights into how social media might be employed to greater advantage.

Robin Dunbar is Professor of Evolutionary Psychology at the University of Oxford, and a Fellow of Magdalen College, and an elected Fellow of the British Academy. His research is concerned with trying to understand the behavioural, cognitive and neuroendocrinological mechanisms that underpin social bonding in primates (in general) and humans (in particular). Understanding these mechanisms, and the functions that relationships serve, will give us insights how humans have managed to create large scale societies using a form of psychological that is evolutionarily adapted to very small scale societies, and why these mechanisms are less than perfect in the modern world. This has implications for the design of social networking sites as well as mobile technology.

Professor Dunbar is best known for the social brain hypothesis, the gossip theory of language evolution, and Dunbar’s Number (the limit on the number of relationships that we can manage). His popular science books include Grooming, Gossip and the Evolution of Language, The Human Story, How Many Friends Does One Person Need? Dunbar’s Number and Other Evolutionary Quirks, and The Science of Love and Betrayal. His latest book, Evolution: What Everyone Needs to Know, will be published in April 2020 by Oxford University Press. 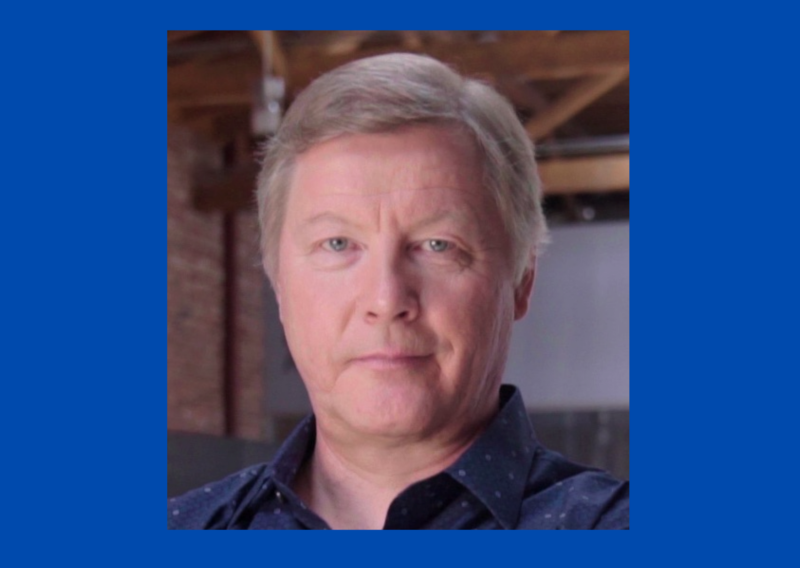 Department of Computer Science, University of Texas at Austin

How can we make good decisions in business, engineering design, science, education, and indeed in life in general? Good decisions are often based on experience: recalling what decisions were made in similar situations in the past, how well they worked out, and modifying them to achieve good outcomes in current situation. Evolutionary Surrogate-assisted Prescription (ESP) is a machine learning technology that makes it possible to come up with good decision strategies automatically. The idea is to use historical data to build a predictive surrogate model, and population based search (i.e. evolutionary computation) to discover good decision strategies against it. I’ll review the technology and evaluate it in several examples, including optimizing behavior in sequential decision tasks, and optimizing non-pharmaceutical interventions in the COVID-19 pandemic. The method is found to be sample efficient and creative, forming a foundation for optimizing many decision tasks in the future.

His current research focuses on methods and applications of neuroevolution, as well as neural network models of natural language processing and vision; he is an author of over 430 articles in these research areas. At Cognizant, and previously as CTO of Sentient Technologies, he is scaling up these approaches to real-world problems.