In 2020, HIIT supported directly a wide range of collaborative research projects, but due to the COVID-19 pandemic, less events or research visits which were mostly either cancelled or organized as online activities. Below we present a sample of activities of the Helsinki ICT community in 2020.

The 5G MOBIX project is exploring the implications of 5G networks on autonomous driving. HIIT provided funding for the purchase of a 5G mobile multi-channel router, which will support the transfer of vehicle-to-network connections from one 5G network to another. The router is currently being used in an experimental 5G testbed. 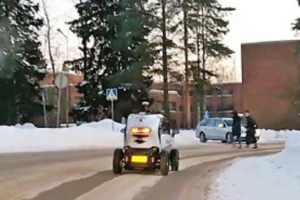 Researchers at Aalto University has been collaborating with Avatar’s Journey on the development of EVE: Virtual Touch Lab. The Aalto team is responsible for developing smart gloves that provide touch sensations in real-time. In the virtual world, the participants are transformed into avatar bodies. They can interact with each other, smart gloves transmitting touch sensations in real-time. 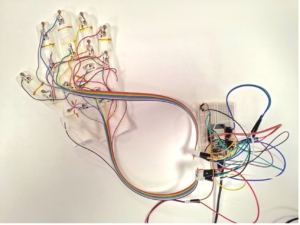 Researchers at University of Helsinki are developing cost-effective localization systems for industry that are capable of tolerating indoor challenges, such as non-lambertian and textureless surfaces, and low lighting. 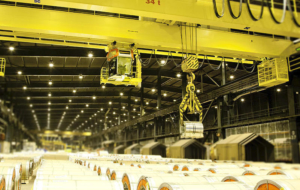 FCAI’s annual event AI Day took place on November 26, 2020. The event was organized in collaboration with the recently revived Finnish Artificial Intelligence Society FAIS. Due to the Covid pandemic, the event was online this year which brought both challenges and opportunities.

See the story with the programme and an advance story. 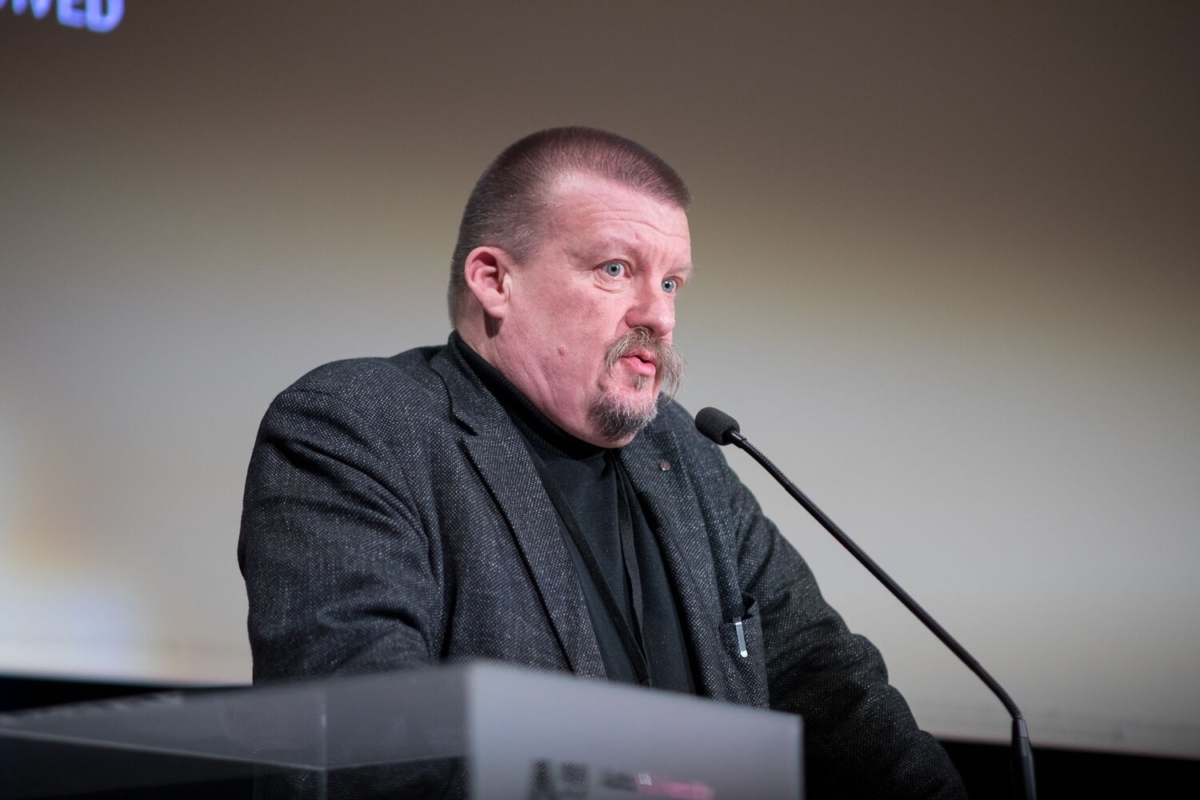 The new Ethics of AI course helps public administration, businesses and the general public understand what the ethical use of artificial intelligence means and what it requires from both society and individuals. The course offered by the University of Helsinki has been designed in a partnership between the Cities of Helsinki, Amsterdam and London as well as Finland’s Ministry of Finance. 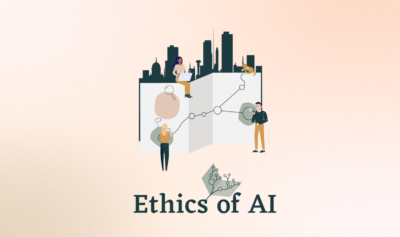 Major Academy of Finland funding for understandable and trustworthy practices in utilization of Finnish health, social and welfare data.

The DataLit multidisciplinary consortium of University of Helsinki, Aalto University and University of Eastern Finland involves researchers in social sciences, law and AI methods. The first phase of DataLit will take 3 years and its total budget is €3.9 million. the project is headed by professor Petri Ylikoksi (UH, picture on the right). 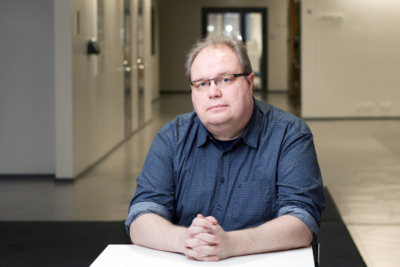 FCAI started in November a series of videos explaining why fundamental research in AI is needed and how research results create solutions to the needs of people, society and companies. The first video was about spectral imaging technology and the second about plant breading. The third was about computer vision guiding cranes and the fourth was about Twinify, a machine learning-based method that can produce research data synthetically. 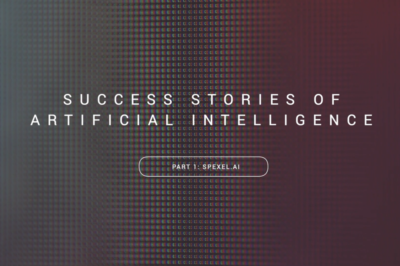 The University of Helsinki’s MegaSense programme aims to build a global observation system which produces uniform, accurate and real-time data on harmful substances found in the air. The programme strives to remove any bottlenecks associated with measurement with the help of a comprehensive measuring station network and artificial intelligence.

A new open online course by the University of Helsinki and technology company Reaktor explains the algorithms behind AI. Building AI is a sequel to Elements of AI, the international phenomenon that has been listed as one of best online computer science courses in the world.

Research collaboration between Helsinki, Singapore, Tartu, Dublin and Hong Kong studied how advertisements can be made effective but non-disruptive to users. The group designed an adaptive ad placement strategy, called Perceptive Ads. 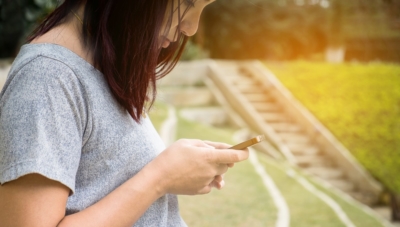 Sound is a promising way to stimulate zoo animals and increase their welfare, as shown by a study from Aalto University collaborating with Helsinki’s Korkeasaari Zoo. Researchers built a device that plays different sounds for a group of white-faced saki monkeys to listen to in their enclosure. They were interested in the saki monkey’s behaviour: did they want to use the device, when would they use it, and what would they choose to listen to? 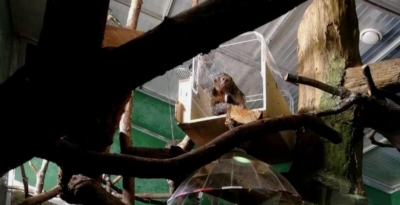 By monitoring brain function, computers can be made to imagine what a person is thinking of and present the results as images. The technique can be utilised in psychology and cognitive neuroscience, as well as supporting human creativity. Researchers at the University of Helsinki have developed a technique in which a computer models visual perception by monitoring human brain signals. In a way, it is as if the computer tries to imagine what a human is thinking about. As a result of this imagining, the computer is able to produce entirely new information, such as fictional images that were never before seen.

ELLIS Unit Helsinki is one of the 30 ELLIS research units

ELLIS Unit Helsinki is one of the 30 elite research hubs nominated by ELLIS, the European Laboratory for Learning and Intelligent Systems. ELLIS creates a strong basis for the development of AI in line with European values. The units will contribute to enabling Europe to compete with the world’s AI hotspots, particularly the US and China. 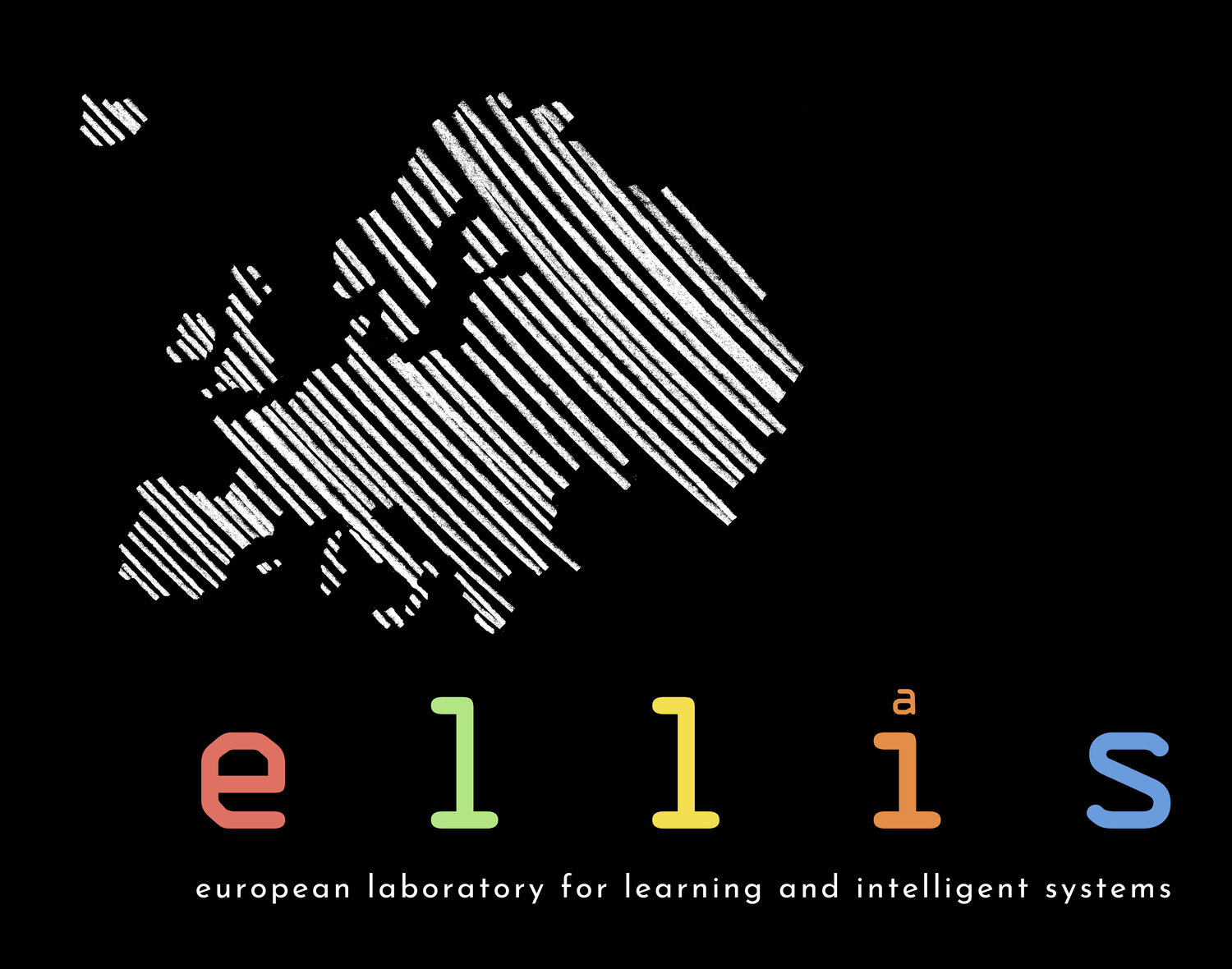 HiDATA, FCIA, and Legal Tech Lab of University of Helsinki organised a webinar on October 5, 2020, on automated decision making. The Chancellor of Justice Tuomas Pöysti gave a keynote and participated in a panel discussion.

See the story and recording of the event (in Finnish). 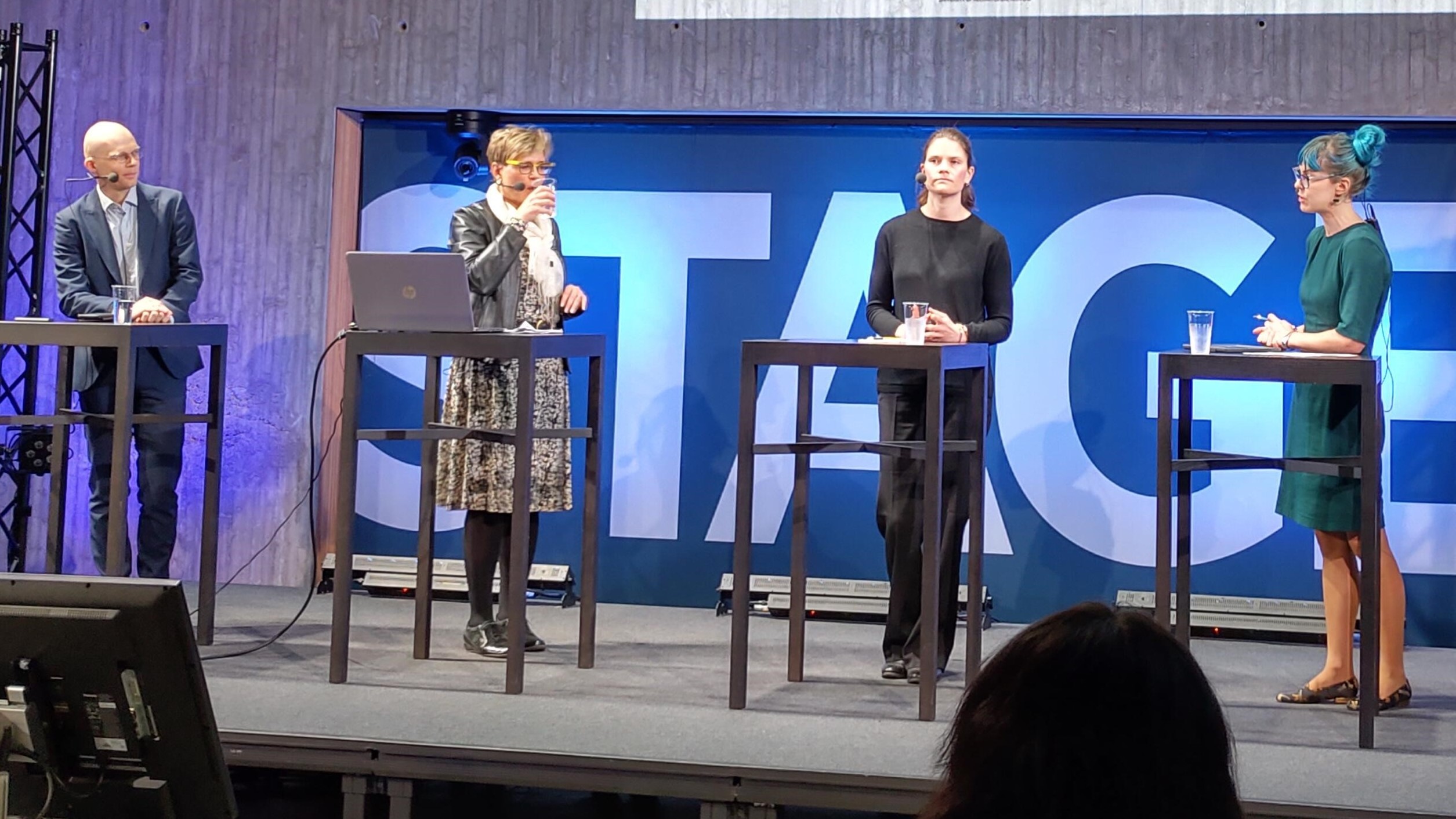 Prof. Koski from KTH has worked as a visiting professor at FCAI. His collaboration with professor Jukka Corander on the Jensen-Shannon Divergence (JSD) and its applications to machine learning has led to interesting insights on antibiotic resistance and vaccine-associated pneumococcal population dynamics. 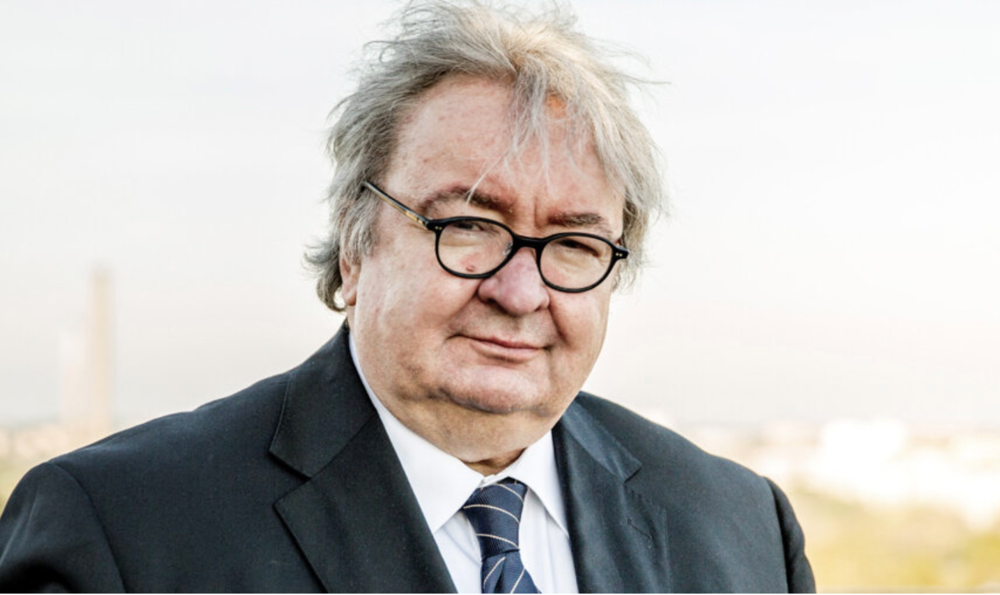 The Pervasive Data Science group has developed new ways to monitor and reduce underwater plastic pollution using underwater drones and optical sensing. PENGUIN prototype is to increase the scale of pollution monitoring while reducing the effort and cost of monitoring underwater areas. 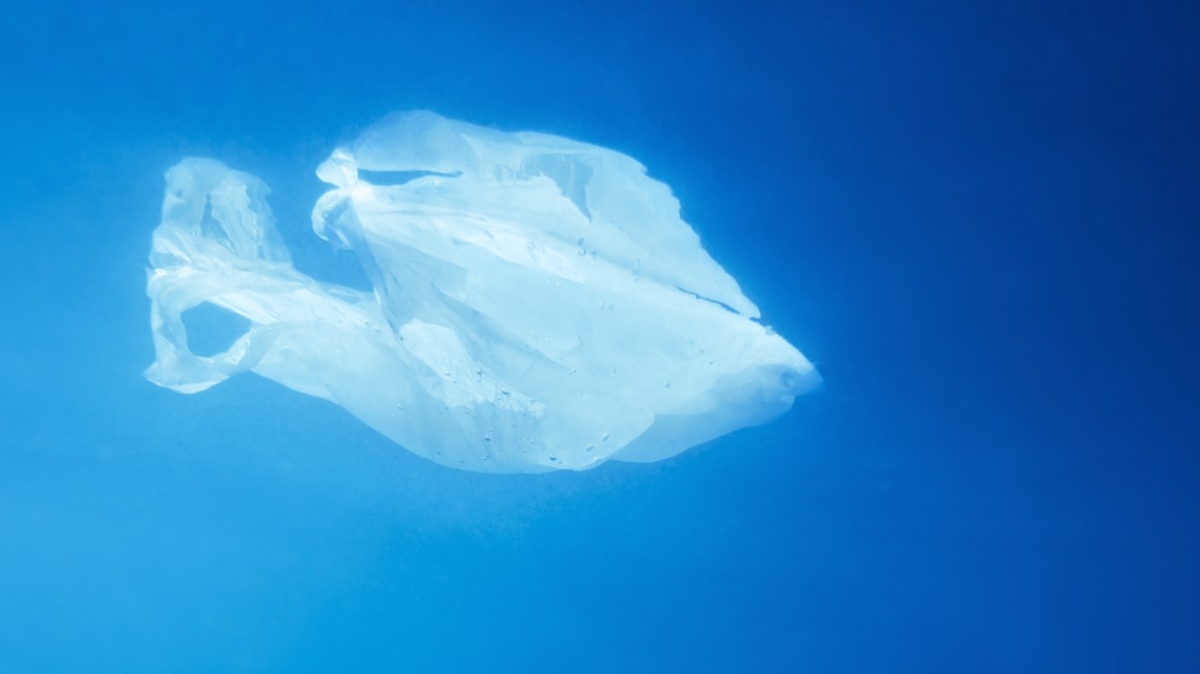 Brainsourcing is a novel crowdsourcing paradigm that utilizes brain responses recorded via EEG of a group of people. Brainsourcing allows the direct mapping of users’ implicit, neutrally measured reactions within recognition tasks to predict when targets of interest appear. 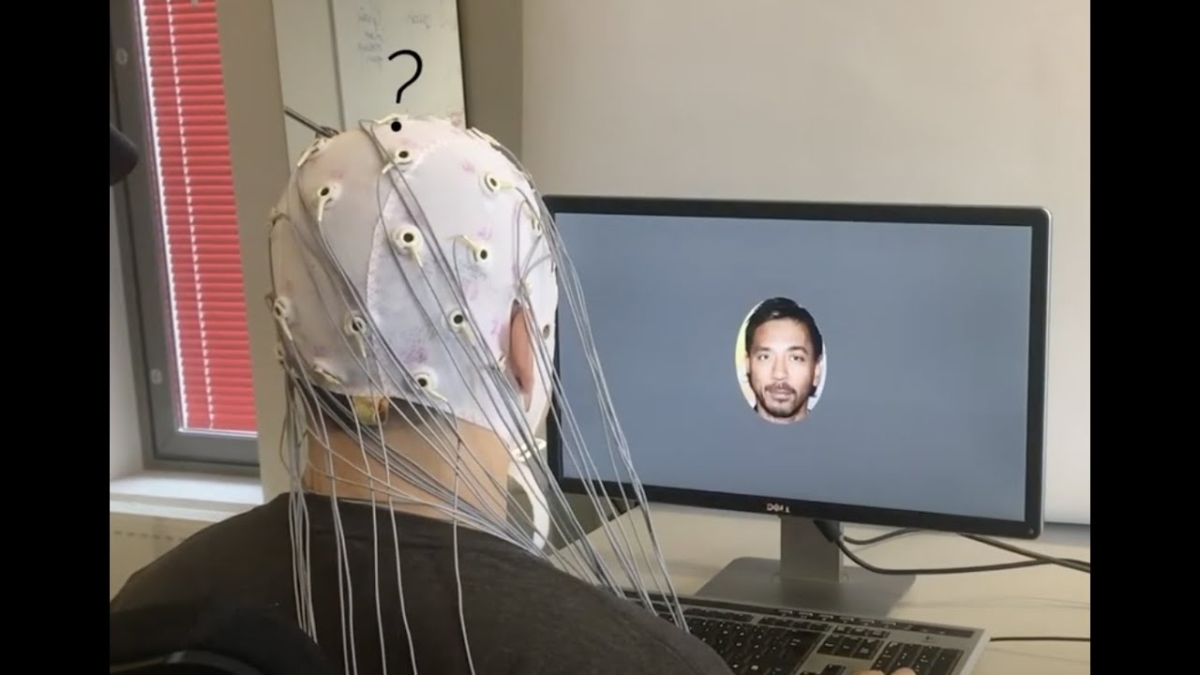 NVIDIA’s graphics processing units are used especially for AI model training and inference. The new NVAITC will be able to support research projects that require exceptional amounts of computing power, such as AI solutions for healthcare or smart cities. The Finnish IT Centre for Science, CSC, is also contributing to the collaboration by supplying computing power for AI researchers at its data centre located in Kajaani.

AI and data science against COVID-19

FCAI and HiData organised a webinar series on AI and data science against COVID-19. The four webinars took place on May 11, May 25, June 8 and June 15. See the story. Recordings are available on FCAI’s webpage and on HiDATA’s webpage.

More data are needed for monitoring the coronavirus epidemic

CHI2020, the leading conference of the field of HCI, accepted several research papers from FCAI researchers on topics such as AI for designers, models of how people move, and brain-computer interfaces.

Biomechanically simulated AI agents can be used to test bodily interactions in virtual reality: Deep reinforcement learning combined with Three Compartment Controller provides a viable tool for predicting both interaction movements and user experience in silico, without users. Although real user testing cannot and should not be completely replaced, testing with simulated users has the potential to provide valuable data with less delay and at a lower cost.

Interactive AI tool for designing better graphical user interfaces: A team at Aalto COMNET has devised an interactive optimisation method for the design of graphical layouts. It helps designers explore possible designs and can automatically complete partial designs. Candidate solutions are generated fast enough for integration into real-world tools and workflows to be possible, and initial feedback from user tests with professional designers has been positive.

These and further examples can be found here.

Elements of AI MOOC continues its expansion to all EU countries

Elements of AI will become available in all EU countries in 2020–2021: The course will be made available in all the official EU languages. In each country, there will be an academic partner supporting the students and granting credits for the completion of the course. In addition, there can be representatives of the public sector, organisations or companies marketing the course as partners. The objective is to train one per cent of EU citizens in the basics of AI.

A recent article shows how patterns of interaction during visual exploration of data can lead to several different kinds of insights. The research continues the collaboration of Aalto, FIMM, UH and VTT on MediSyn, a visualisation tool for uncertainty-aware exploration of biomedical data sets. The interactions enabled by MediSyn are selecting, connecting, elaborating, exploring, and sharing. 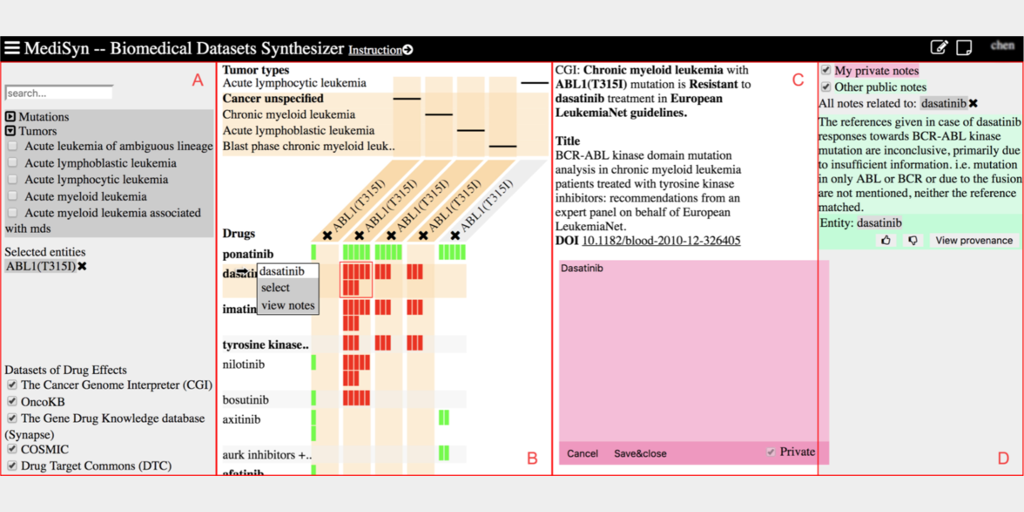 A growing number of ‘sampos’ are facilitating the work of humanists

The semantic computing initiatives led by Eero Hyvönen have produced 12 publicly available portals that integrate data from various sources and provide tools for analysis. The most popular ones at the moment are BookSampo (fiction) and WarSampo (war history). HIIT contributes to Digital Humanities by supporting hackathons and summer interns, and some HELDIG researchers are participating in HIIT and FCAI. 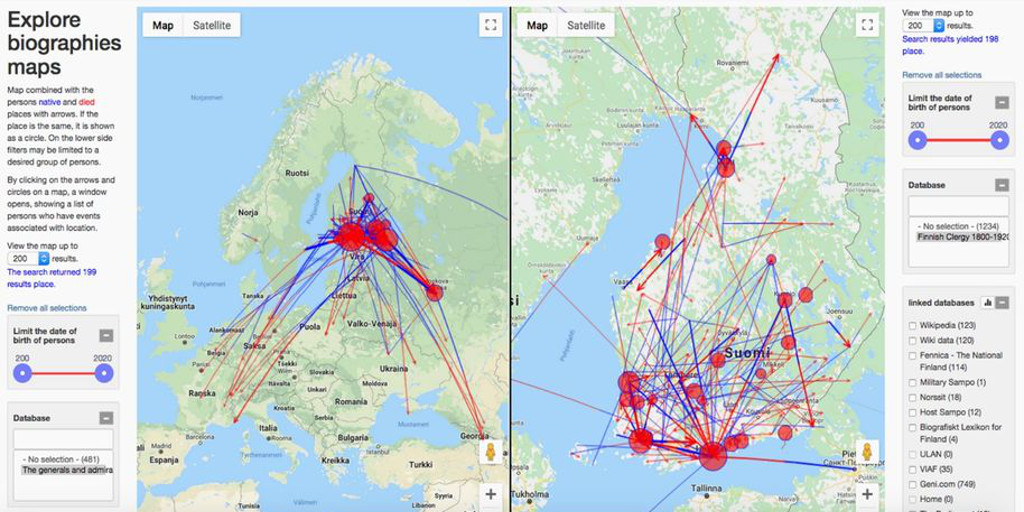 The European Commission has decided to fund ELISE, a project proposal that specifically focuses on fundamental research in AI, driven by machine learning. ELISE establishes a network of researchers and laboratories that act as local anchors across Europe, provide experts within society, and coordinate a joint effort across the continent. FCAI is deeply involved in the initiative.

FCAI supports the new expert group of the Finnish government

Sirpa Paatero, the Finnish Minister of Local Government, has set up a new expert group on artificial intelligence and digitalization. Petri Myllymäki was appointed as a permanent member of the group. Sasu Tarkoma, who at FCAI leads its collaboration with the 6GFlagship, and Jaana Leikas, the chairperson of the FCAI Ethical Board, were appointed as non-permanent members of the group. 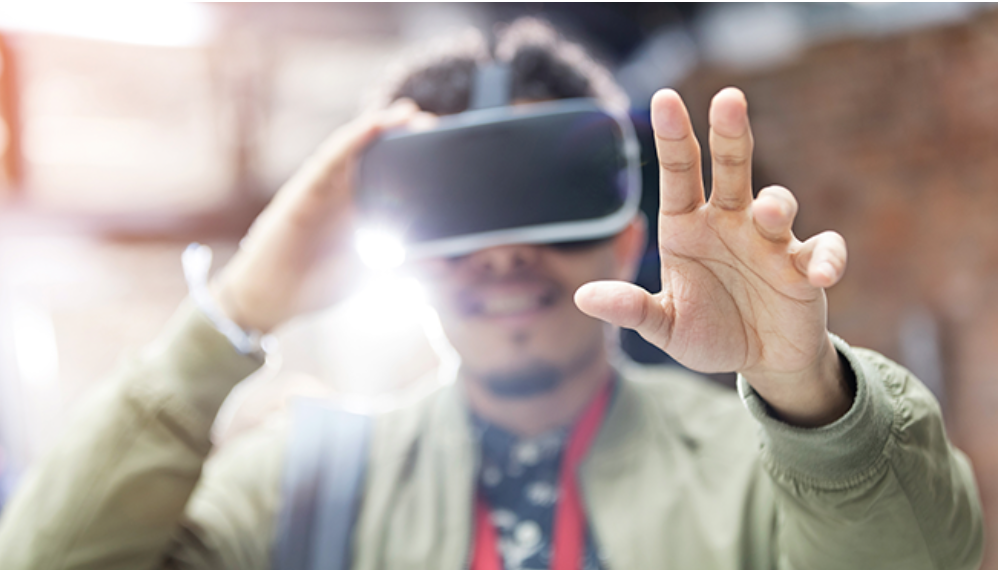 Predictive models can guide the development of vaccines

A recent study published in Nature Microbiology combines genomic data, models of bacterial evolution and machine learning to efficiently find vaccine compositions optimised for specific communities of bacteria. The approach also paves the way for vaccination programmes that are adapted continuously on the basis of large-scale genomic surveillance of major bacterial pathogens. 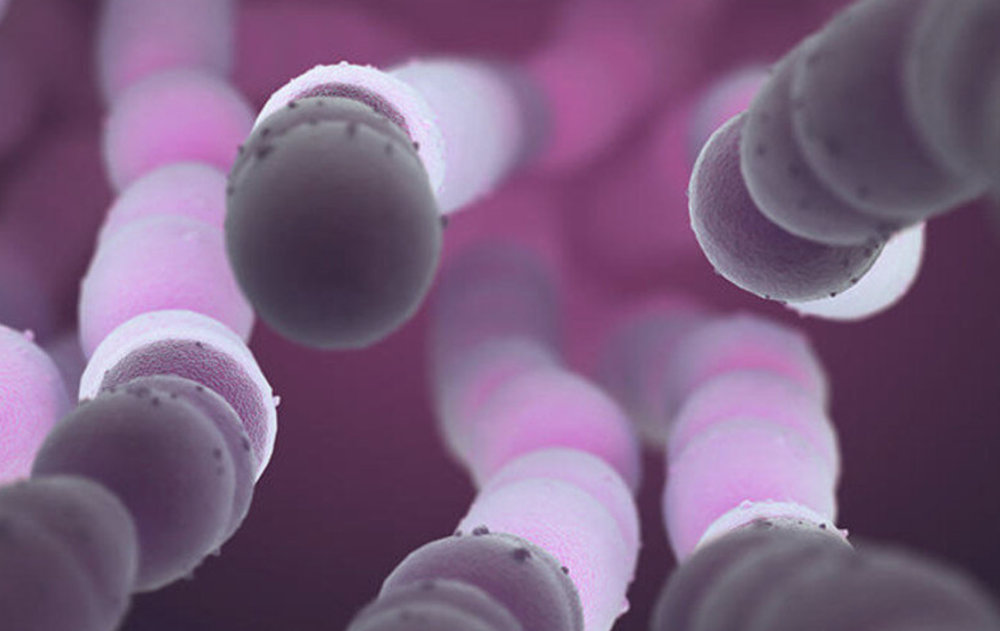